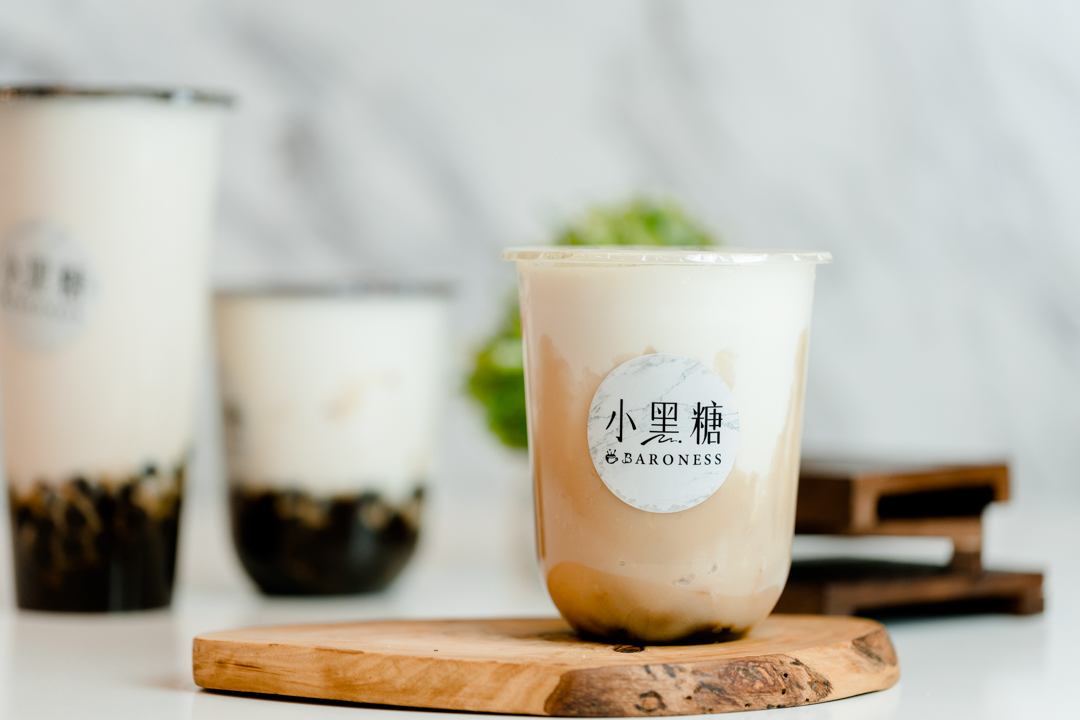 One of the best things about bubble tea, and why we at Baroness Bubble Tea love it so much, is the sheer variety of choices to enjoy, with roasted milk tea being one of our favourite and most popular bubble tea flavors!

Our specific drink uses Oolong tea as our tea of choice to provide our customers with an exotic yet delicious drinking experience. However, roasted milk tea comes in a wide range of unique flavours that have been delighting and enticing bubble tea lovers for years.

So, what is roasted milk tea, you most likely are asking? Well, we’re going to tell you!

Today, we’re going over all things roasted milk tea, including what it is, how to make it, and the magic behind our fantabulous Roasted Oolong Milk Tea beverage!

What is Roasted Milk Tea?

Roasted milk tea uses roasted tea, also known as Hōjicha, a popular tea that contains multiple health-boosting benefits. While there are currently many types of roasted teas in the world, Hōjicha is the one that started it all.

Hōjicha is a type of Japanese green tea that has been around for hundreds of years and is still wildly popular to this day due to its unique flavour and low concentration of caffeine. Traditionally, it is made using bancha tea leaves, but it can also be made from sencha leaves.

For context, bancha tea leaves are known as “common tea” and refer to a lower grade of sencha leaves that have been harvested during the later parts of the summer and autumn season. They possess a sweet, bold and robust flavour.

Compared to sencha, bancha is less aromatic and more bitter.

On the other hand, Sencha is the most common type of Japanese green tea influenced by Chinese tea processing methods. It accounts for 80% of all the tea produced in Japan. Sencha is known for being sweet, with an aroma of seaweed and fresh grass.

The prime difference between roasted tea and regular, standard teas is that roasted teas are steamed after harvest. The process itself only lasts for about 15-20 seconds and is performed within 12-20 hours after the leaves are initially picked.

The reasoning behind steaming the leaves is to prevent them from being oxidized. In this way, the natural colour, fragrance and nutritional elements of the tea are preserved.

After steaming, the leaves are rolled to soften the fibres and release the tea’s natural flavour components. From there, they are dried to remove any excess water and prevent the tea’s quality from changing.

Of course, what makes this tea special is the roasting process. The Hōjicha can be lightly or heavily roasted, during which time the leaves become saturated in a rich, savoury aroma. The heat also serves to diminish the leave’s caffeine and tannin content.

While the term ‘roasted tea’ typically refers to the traditional Hōjicha, modern producers have taken the production concept and applied it to other tea variations to create multiple items, including roasted milk tea.

At Baroness Bubble Tea, we choose to use roasted Oolong tea in our Roasted Oolong Milk Tea. On top of having a distinct and delicious flavour, Oolong tea also has many health benefits.

What is the Healhiest Milk Tea? Benefits of Roasted Milk Tea? 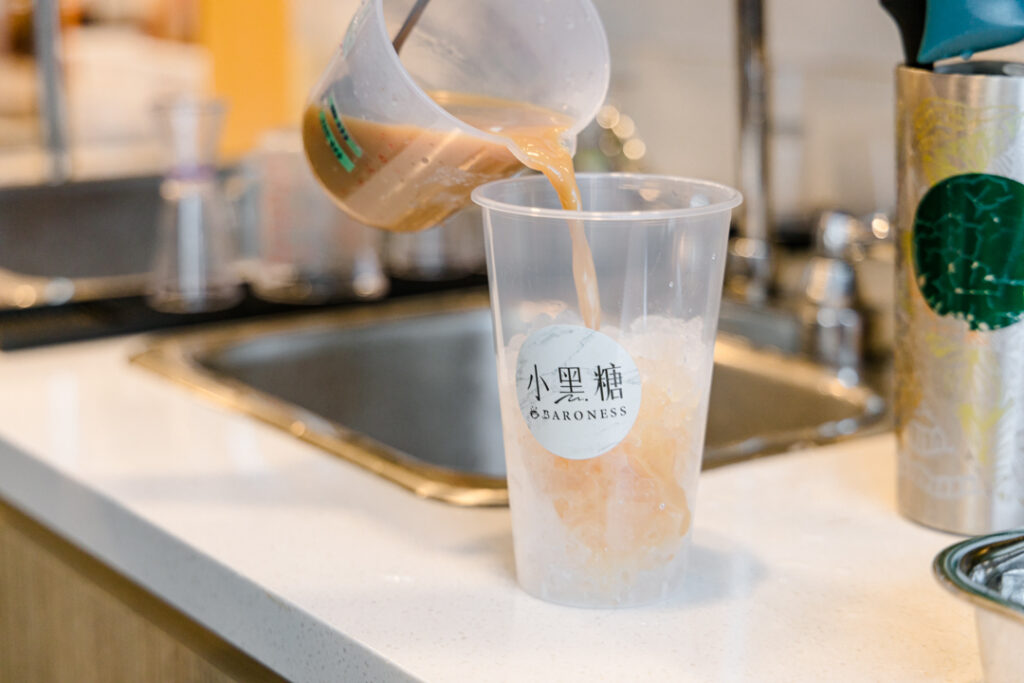 At Baroness Bubble Tea, we pride ourselves on creating items that are health-oriented at heart.

Our beverages are not only delicious but health-centric, too! Using ingredients such as fresh, organic oat milk and providing adjustable sugar levels are just two methods of showing our customers that their health is important to us.

In terms of our roasted milk tea, we use Oolong for its delicious flavour and numerous health benefits, including:

Scientists believe that some of the antioxidant micronutrient compounds called polyphenols present in Oolong tea may help boost metabolism and decrease the fat absorbed from your diet.

Some research indicates that these antioxidants may activate enzymes that help your body use stored fat for energy. Part of this is due to the caffeine in the tea.

Caffeine and polyphenols may also help with fat-burning ability, according to some research.

Pairing the calcium present in milk and Oolong tea’s antioxidants together in a delicious roasted milk tea with Oolong makes for a healthy set of bones and teeth!

According to a study published in The Journal of the American Medical Association, people who drank black, green or Oolong tea every day over a 10-year period had 2% high overall bone mineral density.

On top of all the other things that polyphenols can do, they may also help relieve eczema!

One study required 118 people with severe eczema cases to drink 33 oz of Oolong tea per day on top of maintaining their regular treatment. According to the evidence, the eczema symptoms improved as early as 1-2 weeks into the study.

After one month, the combined treatment caused 63% of patients to show signs of improvement. And the results only got better from there! Five months later, the improvements were still observed in 54% of patients.

Are you on the lookout for a fun and playful new way to enjoy roasted milk tea? Why not try our refreshing and relaxing Roasted Oolong Milk Tea!

This drink is a modern bubble tea creation that’s equal parts delicious and delightful! Whether you want to enjoy it as is, with our tasty organic oat milk, or add on some customizable toppings, like grassy jelly or brown sugar pearls, we are positive that you will love this flavour as much as we do!

Our drinks are made fresh daily, by-hand, in-house with our own unique recipe and house-made toppings to ensure that every step of the creation process is handled with care and the ultimate customer experience in mind.

At Baroness Bubble Tea, we take our customers’ health seriously, which is why we consciously decide to include fresh, organic ingredients and customizable options to ensure that our customers feel good about their experience. It’s no different with our roasted milk tea!

Have we convinced you yet? If so, wed’ be more than happy to whip up a fresh drink just for you! We encourage you to come to visit us at Baroness Bubble Tea at 2790 W Broadway, Vancouver, and try some out for yourself!