What is Tapioca and Why is it Used in Bubble Tea?

Tantalizing and tasty, tapioca is the primary component of the aptly named tapioca pearls. These pearls are otherwise known as the characteristic “bubbles” that make up your favourite bubbly beverage, bubble tea.

So, in other words, tapioca is what gives your boba bubbles their signature sweetness and distinct flavour that we all know and love!

However, that is not the only application associated with this sweet treat.

Surprisingly, the topic of tapioca is at the heart of a debate between those who spout that it has numerous health benefits and those who claim that it’s harmful.

Composed primarily of carbs, tapioca is a hearty and heavy ingredient with a more in-depth story than you might think. On top of its usage in our favourite delicious drink, tapioca is also commonly used as a thickening agent, most notably in tapioca pudding, but also in other dishes, such as soups and pies.

This ingredient is a key component of our recipe, and today, we are sharing more information on its unique origin story to provide context as to why it’s such a crucial element in ours.

This article will cover what tapioca is, how it’s made and its potential benefits.

Let’s get into it! 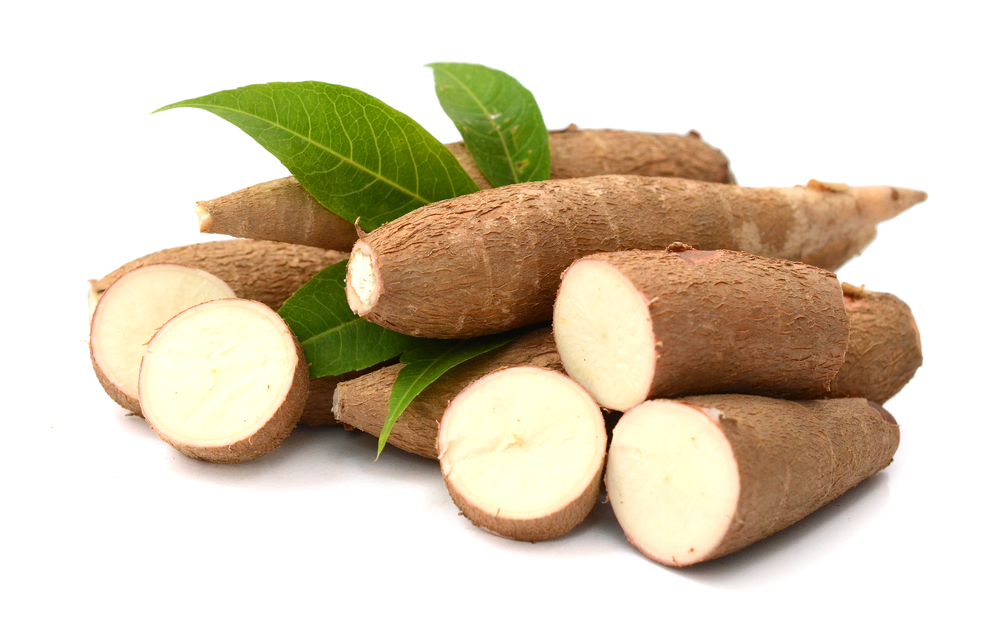 Tapioca is a starch extracted from the cassava root, also known as yuca, in some regions. Cassava is a nutty-flavoured root vegetable used in multiple foods and recipes across the world.

Cassava root was originally grown and consumed in the tropical regions of South America and the West Indies. The cassava root trade began in Latin America in the late 18th century and eventually extended to other regions of the world, including Africa and Asia.

Since then, it has expanded to be cultivated in China, Taiwan, Thailand, Vietnam, the Philippines and India as a crucial crop that generates income for small and large farmers, manufacturers and traders.

As a matter of fact, cassava is cultivated by over 8 million farmers in Asia, establishing itself as one of the staple crops supporting various rural communities’ economies.

Farmers appreciate how easy the vegetable is to grow because it requires minimal nutrients and can be harvested quickly. It is also incredibly versatile and can be used as an ingredient in several different dishes, including cakes, soups and, of course, our personal preference – the tapioca pearls or tapioca balls in yummy bubble tea!

Ultimately, tapioca starch is extracted from cassava root to create tapioca flour or powder. Our unique recipes harness this thickening agent to serve as the primary component of our delicious, house-made boba pearls for our various bubble tea recipes.

Tapioca has recently seen a surge in popularity because it is a gluten-free food option that can be used as a thickening agent instead of other wheat-based filler alternatives, which can be dangerous for those who have Celiac disease or gluten intolerance.

How is Tapioca Made? 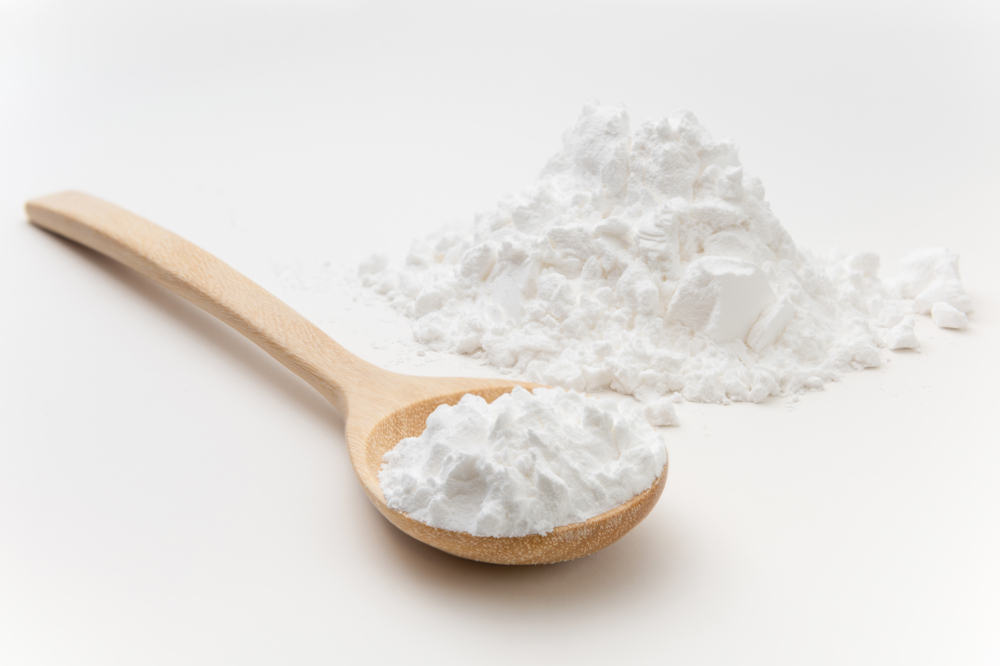 If you are interested in learning how to make tapioca, the production process will vary by location. Still, it basically involves squeezing the starchy liquid out of ground cassava root.

Once the liquid tapioca starch is removed, the water can evaporate, leaving behind a fine tapioca powder.

From there, the powder is processed into whatever form is necessary for the given recipe, such as flakes or, for the sake of our usage, boba pearls for bubble tea.

Pearl tapioca is by far the most common preferred form used to create boba pearls and tapioca pudding, as well as other dessert items. Due to the dehydration process, the flakes or pearls will need to be soaked or boiled before being consumed.

As you likely already know, tapioca pearls are typically boiled in water and then coated in sugar syrup before being spooned into the bottom of your favourite bubble teas to provide a fun, chewy addition to your drink.

What are the Benefits of Tapioca?

As we said before, tapioca itself is at the center of debate between those who argue its health benefits and those who believe it to be something that should be viewed as only a treat with no real nutritional value.

Tapioca is primarily composed of carbohydrates, which is the driving force behind why many believe it to be something that should be enjoyed in moderation rather than a staple item to base a diet around.

However, some benefits are worth highlighting, including:

It's Free of Common Allergens

Tapioca is free of nuts, grains and gluten. So, as we touched on before, it’s Celiac-friendly and appropriate for people with gluten densities and nut allergies.

Thus, it is an excellent ingredient for manufacturers and at-home chefs to make allergen-free tapioca flour and other gluten-free baking recipe options.

Tapioca flour and tapioca starch also serve as an alternative to white flour for thickening purposes and are used to make soups, sauces and pie fillings.

Coupled with our gluten-free, vegan, non-dairy oat milk, anyone and everyone is free to come and enjoy a delicious cup of bubble tea!

It's Easy to Digest

For those with sensitive tummies, tapioca is for you! This ingredient is gentle on the stomach, and many find it easier to digest than regular flours created using grains or nuts.

Some doctors recommend substituting tapioca as a source of calories for people with conditions such s irritable bowel syndrome (IBS) and diverticulitis, which can cause flare-ups of the digestive system.

It's a Source of Calcium

Calcium is an essential mineral that is necessary for maintaining healthy bones and teeth. It also serves multiple other functions within our bodies, including:

According to the National Osteoporosis Foundation, we lose calcium daily through our skin, hair, nails, sweat and other bodily functions. This loss cannot be replaced without dietary supplementation.

It's a Source of Iron

One cup of tapioca pearls provides 2.4mg of the daily recommended amount of iron, which spans from 7-18mg, depending on factors such as age, size and gender.

Iron is a critical component of hemoglobin, the protein that transports oxygen to the rest of our body. A person who does not have enough iron in their blood may develop an iron deficiency known as anemia.

It's Low in Sodium

Monitoring salt intake is a reality for people worldwide, with many likely ingesting more than the recommended amount, which should be less than 2,300 mg per day.

Having too much sodium in your diet can cause multiple adverse health conditions, including high blood pressure and heart disease, which could prompt severe consequences, including heart attack and stroke.

Luckily, tapioca only contains 1.52mg of sodium per one-cup serving.

Tapioca is far from a one-trick pony, as we have outlined today!

On top of being a delicious addition to many recipe options, such as tapioca pudding, cakes, and other desserts, it’s also an excellent thickening agent for savoury recipes too.

Of course, our favourite way to utilizing this tasty treat is by incorporating it into our own daily house-made, delightfully ooey-gooey tapioca pearls that tickle your tastebuds in our delicious bubble tea!

At Baroness Bubble Tea, we are passionate about the unique story behind all of our ingredients and how they come together to tell an entirely new one. This fusion of flavours is distinct to us and helps contribute to our ever-evolving admiration for storytelling.

Infused with fresh oat milk and house-made toppings, we are sure that our recipes will deliver a symphony of delicious sensations that you will love!

If you haven’t had the chance to taste our bubble tea out for yourself, we encourage you to come visit Baroness Bubble Tea at 2790 W Broadway, Vancouver and try some out for yourself! Whether your preference is brown sugar boba or something light like black tea bubble tea, we’ve got something for you!

Let us know what you think of our blog and receive 10% off your order!