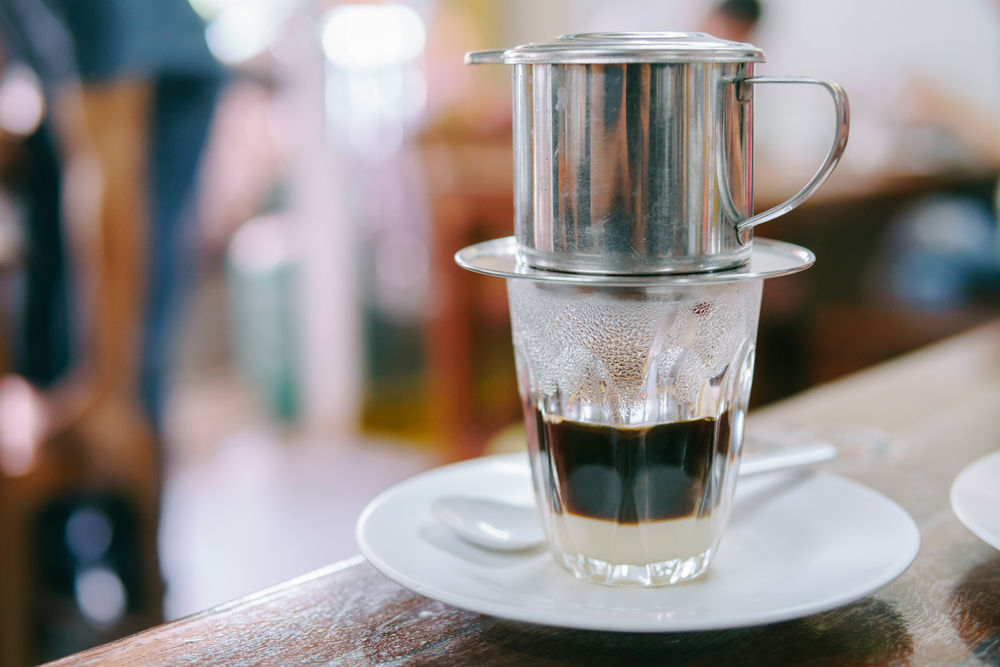 Vietnamese Coffee Bubble Tea? Here’s How We Do It!

What if we told you that you could have delicious, authentic Vietnamese coffee without having to book a plane ticket and hop on over to South East Asia?

That’s right. What was once exclusive to a specific region is now available all over the world. In fact, you could even order online and come to visit us and get your very own Vietnamese coffee or Vietnamese iced coffee at Baroness Bubble Tea!

We are proud to share the story of this tasty treat of a beverage and are so pleased to have it be an integral part of our story.

Vietnamese coffee is a primary example of how the simple things in life are always the best.

With just a few basic ingredients, this drink can give you an added pep in your step and a sip of sweetness that will add the perfect level of delight to your day!

So, you might be wondering what Vietnamese coffee is, where it comes from, and how is Baroness Bubble Tea Canada putting a a new twist on an old classic?

Today, we’re going to answer all these questions and more!

Without further delay, let’s get into it!

What is Vietnamese Coffee?

Vietnamese coffee, also known as Vietnamese iced coffee or ‘cà phê sữa,’ is a traditional coffee recipe from, you guessed it, Vietnam!

In its simplest form, cà phê sữa is made using a medium to coarse ground dark roast Vietnamese-grown coffee using a small metal filter known as a ‘phin cà phê.’

The finished cup of hot coffee is then quickly poured over a glass of ice cubes, and voila! There you have it—Vietnamese coffee.

Some prefer to add even more sweetened condensed milk. Ultimately, it comes down to personal preference!

The History of Coffee in Vietnam 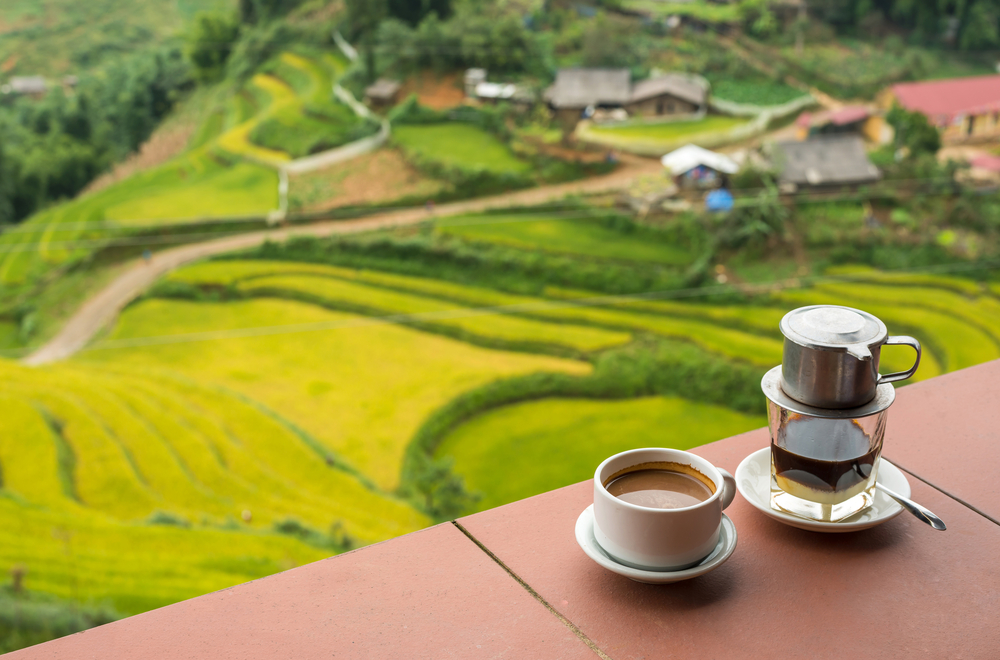 There are many different fruits and vegetables grown in Vietnam, including banana, coconut and citrus trees.

However, while you can find coffee plantations in various highlands regions, the Western highland province accounts for 85% of Vietnam’s total coffee production.

The first coffee trees were introduced to Vietnam in 1857 by French missionaries. However, the first coffee plantations weren’t set up until a whopping 31 years later, in 1888, in the Ninh Bình and Quảng Bình provinces.

According to some sources, Vietnam only held a market share of 1.2% of the world coffee market back in 1989.

However, 10 years later, Vietnam broke out as one of the world’s largest coffee producers. This unique growth story had a significant impact on the country’s economy and the greater global coffee industry.

However, this growth was both a blessing and a curse. Many believe it was a contributing factor to the price crisis of 2001.

In some reports, farmers even had to sell their possessions to satisfy debt collectors.

However, despite this setback, Vietnam remains the second-largest coffee-producing country in the world, behind Brazil. In fact, in 2016 alone, the country produced 1,650,000 metric tons of coffee.

That’s a lot of Vietnamese coffee!

How to Make Vietnamese Coffee

Now that we’ve provided some context surrounding the historical and present-day significance of coffee in Vietnam , you might be thinking, “so, how do I make Vietnamese coffee?”

There are so many reasons to love Vietnamese iced coffee, and one of them is how simple and straightforward it is to make!

Below, we’ll provide a basic coffee recipe so that you can make it for yourself in the comfort of your home.

Here's How to Make Vietnamese Coffee:

Whether you enjoy this drink hot or cold is up to you. If you’d prefer to have Vietnamese iced coffee, you can pour the sweetened condensed milk into the bottom of a glass of ice cubes and pour the brewed coffee on top.

Vietnamese Coffee Bubble Tea? Visit Us & Try For Yourself! 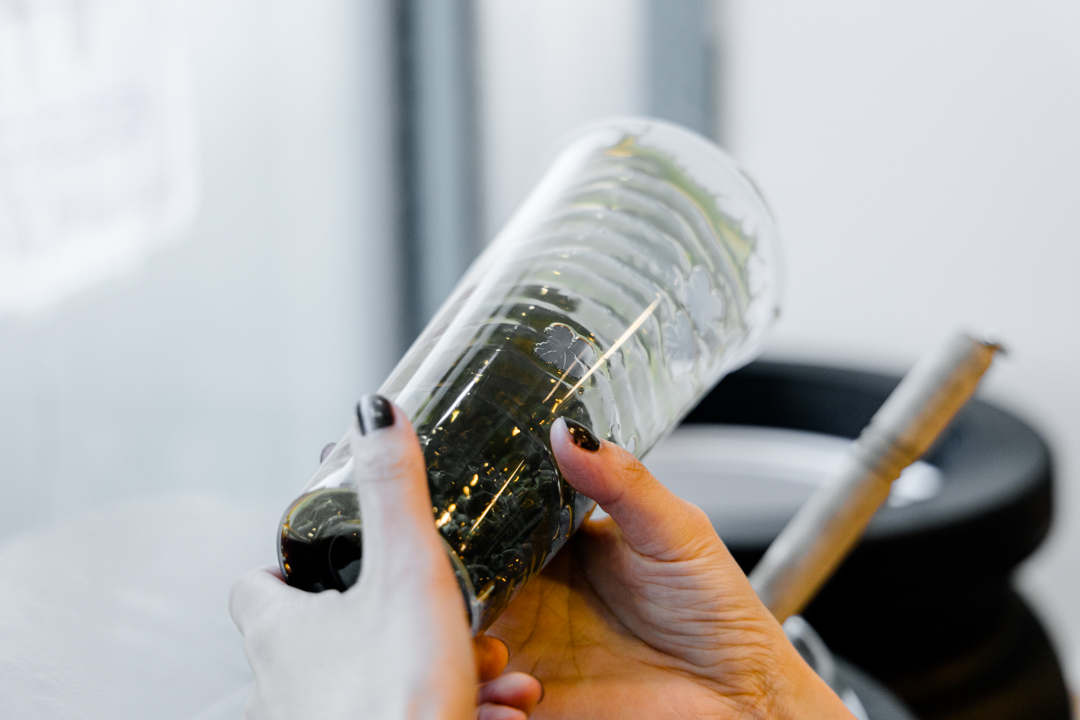 Quickly taking the world by storm, it’s no reason why so many people love Vietnamese coffee. It’s a tasty, easy-to-make beverage that provides a delightful caffeine boost while also supplying a hint of sweetness.

But what if we told you this old classic cam be made even better?

At Baroness Bubble Tea, we pride ourselves on crafting drinks that don’t just tell a story but encourages others to share theirs. Vietnamese coffee has such a storied history that we wanted to build upon it by including our chapter.

Using gluten-free, dairy-free, and vegan-friendly oat milk in our drinks is one way we’re making Vietnamese coffee special. Including tapioca pearls that we make fresh every morning is another.  Vietnamese coffee bubble tea might not be as well known as the classic drink, but we can personally attest to it’s deliciousness!

The additions of creamy oat milk and smoky, brown sugar braised pearls are what make this bubble tea flavor stand out!

If you’ve never had it before but would like to give Vietnamese coffee bubble tea a try, we would be honoured to cater to your first experience. We encourage you to come visit us at Baroness Bubble Tea at 2790 W Broadway, Vancouver, and try some out for yourself!